Only Jack Nicholson can command these kind of reactions from the ladies. In their defense they were trying out for his production Drive, She Said (1970); but we cant help but love the confidence he carries with the distressed old Levi’s trucker jacket and skullcap. Noteworthy observations – his “Elect Nicholson” sticker on his briefcase and his pre-Cuckoo’s Nest skullcap. We guess he was rocking the McMurphy look long before bringing the rowdy character to life. 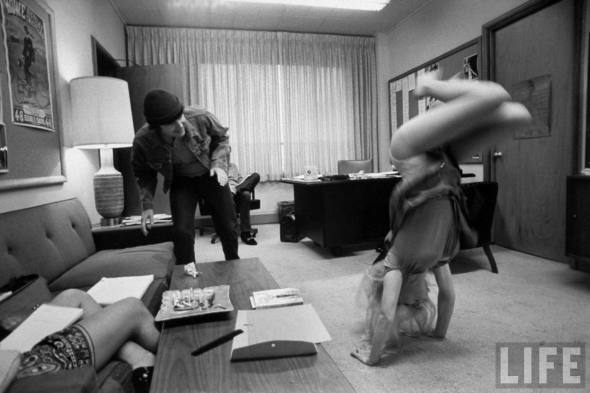 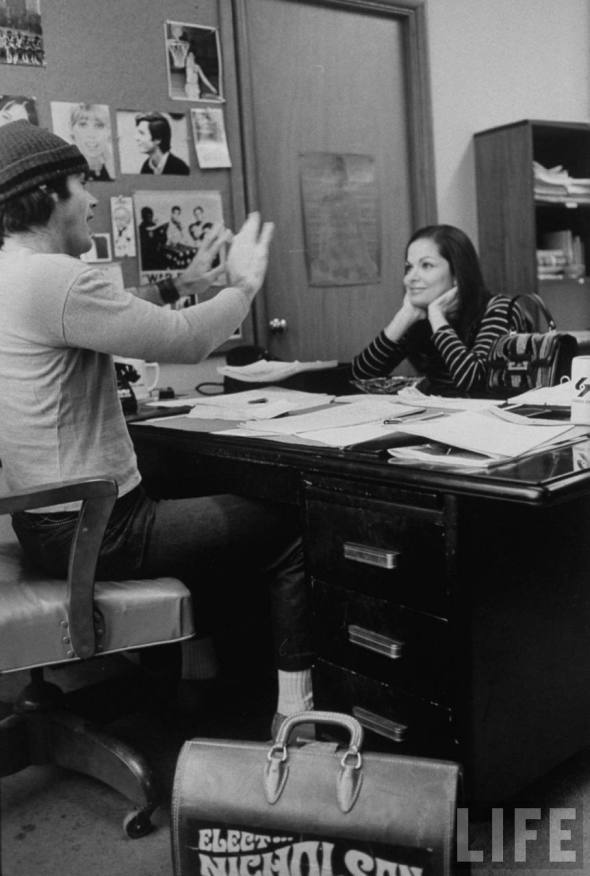 This entry was posted on April 14, 2011 by The Gentleman's Topcoat. It was filed under Featured Photo and was tagged with 1970, Confidence, Drive She Said, Jack Nicholson, Skullcap.