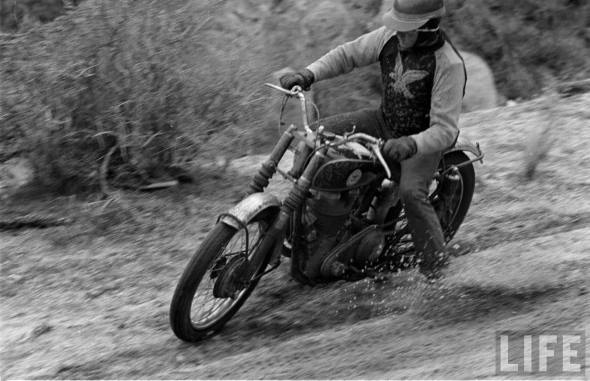 The National Motorcycle Race was photo documented in the fall of 1955 by veteran photographer George Silk in the Mohave Valley. There, one of the most compelling series of motorcycle Americana imagery was captured, to become  part of the Life photo archive.

Today, we dust off the old prints for a glimpse into a day when infinite-cool wore dirt and grime like a bespoken tuxedo.  The images contain fantastic examples of 1950s style, with heavy leather jackets, ankle high boots, and navy deck jackets strewn into the mix. The young child on the motorcycle wears one of the baddest looking canvas and shearling jackets I have ever seen. Other interesting touches found below are the Triumph Motorcycle graphics on the grease barrels and the patched on lettering on the team shirts, as modern shirt printing techniques were just being developed. As a whole the look of the day was one of character and edge – a little reminder to modernity that we need to get ourselves dirty every now and again. And to that we say – challenge accepted.

Be sure to follow through to see the full series of images below. 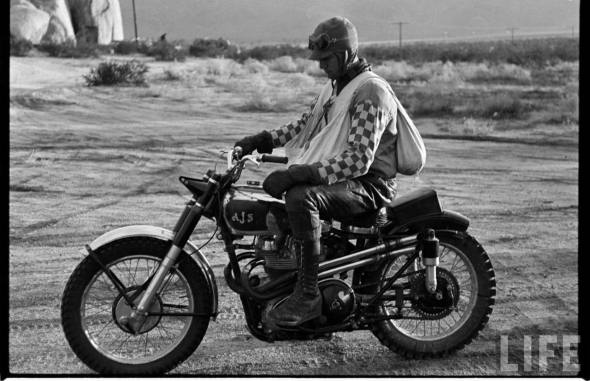 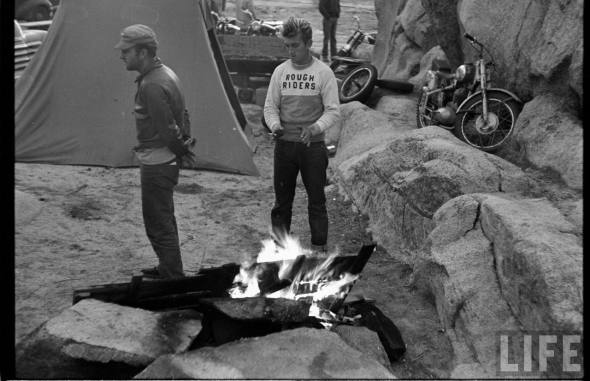 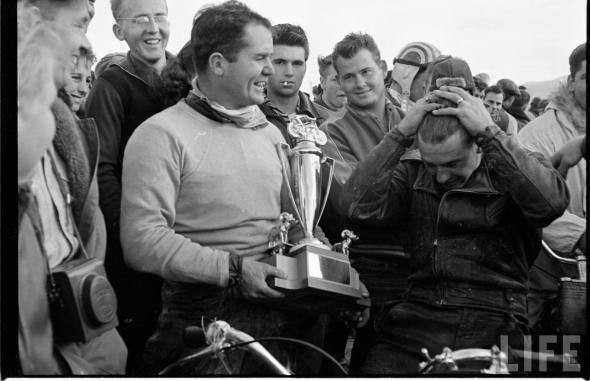 This entry was posted on May 2, 2011 by The Gentleman's Topcoat. It was filed under Heritage, Menswear, Motors, Old World, Uncategorized and was tagged with 1950s Rugged, 1950s Style, 1955, George Silk, Mohave Valley, Motorcycle, The National Motorcycle Race, Triumph.