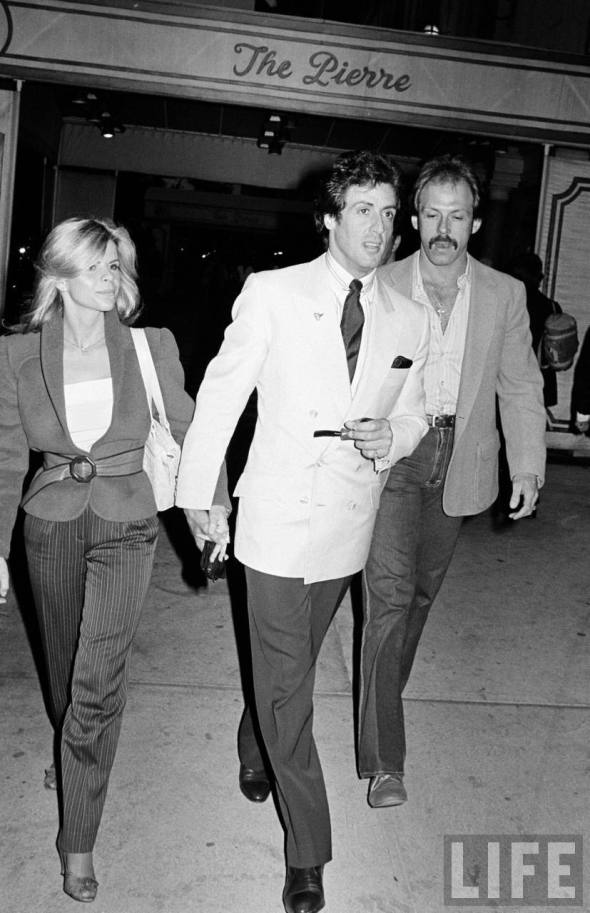 Many of us don’t see Sylvester Stallone as the sartorial heavyweight. This pint sized style contender was truly the personification of his most memorable role, an underdog at best in the style arena. And like any underdog, that entails a few big hits but a whole lotta’ misses.

However we find ourselves a tad more forgiving when it comes to Sly, as he was a man that was known to have fun with style – Even if it meant looking like the manager of your local Gold’s Gym in the 80’s at times.

Taken from Life Archives we bring you one of Sly’s TKO’s. Playing the role of the socialite leading man, we see him in a tan double-breasted peak lapel jacket, donning a collar pin, cap toe oxfords and a patterned silk pocket square. While we may not endorse the pinky ring and prop pipe, we appreciate the effort.

So keep on sluggin’, tighten that collar pin and strut on. Do it right. END_OF_DOCUMENT_TOKEN_TO_BE_REPLACED 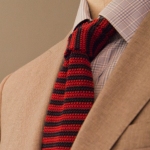 Kickin’ off your day is BBC’s ever informative primer on the perfect suit. Alistair Sooke takes you down the streets of London, and down Savile Row to have a conversation with Patrick Grant of E. Tautz. While you may feel like dismissing the following as a beginners discussion of suiting and formalware, you are guaranteed to learn a thing or two a gentleman may not have learned in the trenches of menswear.

Approved for bespoke junkies and off-the-peg addicts. Set aside reservations, hunker down, and learn a thing or two. Runtime: 60 Min.