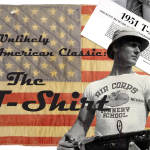 END_OF_DOCUMENT_TOKEN_TO_BE_REPLACED

In 1937, Bausch & Lomb was the first manufacturer to be commissioned to create the aviator style sunglasses. Faced with the need to better equip pilot’s of the modern day against the prolonged exposure of the intense blue and white hues of the sky, Bausch and Lomb was asked to create protective eye-wear for the pilot’s eyes. They had the task of creating a lightweight  pair of sunglasses that conformed to the contours of the wearer’s eye sockets, while allowing minimal light to enter during prolonged flight.

Starting out as a medical equipment manufacturer based in Rochester, New York, Bausch & Lomb would soon become the world renown makers of these iconic symbols of aviation and style. After 62 years, the creator of the Ray Ban Aviator G-15 Sunglasses found itself in a position of dwindling sales as the markets tastes shifted to prefer more modern sunglasses. In 1999, Bausch & Lomb was forced to sell Ray Ban to Italian sunglass giant Luxottica.

END_OF_DOCUMENT_TOKEN_TO_BE_REPLACED 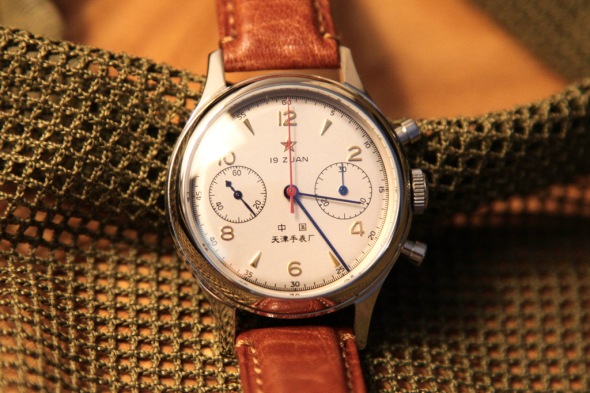 Recently featured at  Hodinkee, we decided to take a closer look at the Seagull 1963 Chinese Airforce watch. While the watch is no Audemars Piguet Tourbillon, it is an affordable and fun little watch that stands out in the sea of  Tag and Omega emblazoned wrists these days. More likely, look at it as an improved replacement to the trendy return of the Timex with NATO style bands on them. END_OF_DOCUMENT_TOKEN_TO_BE_REPLACED

Throughout the Vietnam War, the US found itself relying heavily on the efforts of their helicopter divisions. Having assembled these partly-experimental divisions, the pilots would find themselves pioneering the world of helicopter aviation and helicopter warfare. To this day, many of the techniques and capabilities these noble machines are known for, were all delineated during the Vietnam War.

As such, this brings us to today’s Mantique. To wage this Helicopter War, a new type of soldier/aviator was born. Accordingly, they would be need to be issued equipment which would meet the demands of their very unique missions. Insertion in hot zones, extraction of the wounded, nearby reconnaissance when needed, ass-and-trash missions and air to ground warfare would all become part of this multi-role machine, The BELL Iroquois UH-1 H.

Here we have the Mark 3 Emergency Signaling Mirror, manufactured by the now defunct American glassmaker Libbey-Owens-Ford. Tucked away in its original box dated May of 1967, it was one of the standard issue items in the newly created helicopter pilot’s survival vest. In perfect condition it comes with its original emergency orange cloth and a nylon cord to affix to the vest. Should a pilot find himself downed, he was to evade the enemy and make contact. The role of the Mark 3 ESM was just that. By finding his way to a clearing, he would have to silently communicate to Search and Rescue aircrafts his current location. Flares were not preferred as they signaled to the enemy where the potential POW would be found. The signal mirror ensured that only the SAR pilot and rescuee knew of the extraction location.

The Signal Mirror was to be held up with both hands and pressed (non-mirror side) against the face while peering through the grided sight hole while aligning the aircraft through the sight hole. The mirror would then be rocked on a vertical axis to cause flashes of sunlight to the aviators.  As in any war, supplies were slim with the influx of troops and standard issue  gear became scarce. Eventually, they would become highly sought after by pilots and ground personnel alike.

Aesthetically, the font, the colors and all to do with the design of the Mark 3 and its box make it look awesome. Its nice to see something with so much history be preserved so well by the superior manufacturing of its day, allowing itself to be a Mantique for all to enjoy, many years to come.