Brought to my attention by a friend of mine, we give you a fantastic set of images from the Office of War Information made available by the Library of Congress. Depicting the hardy efforts and faces behind aviation production and American life, are iconic Kodachrome transparencies by Americana photographers Alfred Palmer, Jack Delano, John Vachon and Howard Hollem. 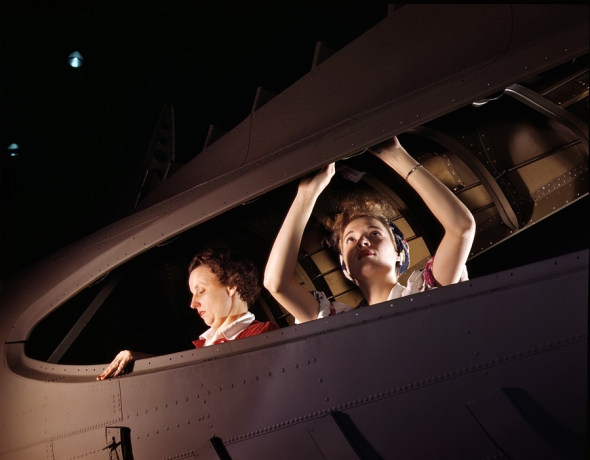 Bringing back 1942 in all it’s rich and saturated glory are these dramatic images that include glimpses of the Douglas aircraft assembly plants, North American Aviation and the Chicago & North Western Railyards. Take a step back into 1942 and take in the sights and sounds of the noblest of modern times. A big thanks and tip of the hat to James for sending this our way. More images after the jump. END_OF_DOCUMENT_TOKEN_TO_BE_REPLACED